Does anybody knows ZE:A? (Jey-ah) I only know 1 song from them which is entitled “Mazeltov”, their debut song that goes with a funny lyrics: “Monday, tuesday, wednesday, thursday, friday, saturday, sunday” (like we don’t know the days of the week? rofl) Their songs is just a few of kpop songs with english words. Ok, I’m not a hater, in fact I like ZE:A. Their member, Kim Dong Jun, reminds me of 2NE1 Dara’s exboyfriend which is Joseph Bitangcol.

While dining out last night, I saw a MYX show guesting ZE:A members, it was then i remembered that I haven’t blogged about this. They came for a fanmeeting and promoting their album for 3 days around the city of Manila.

*ZE:A’s Message to their filipino fans

Dara and Joseph (before entering YG)

Dong Jun and Joseph somehow has the same look. ^__^

Posters from their tour 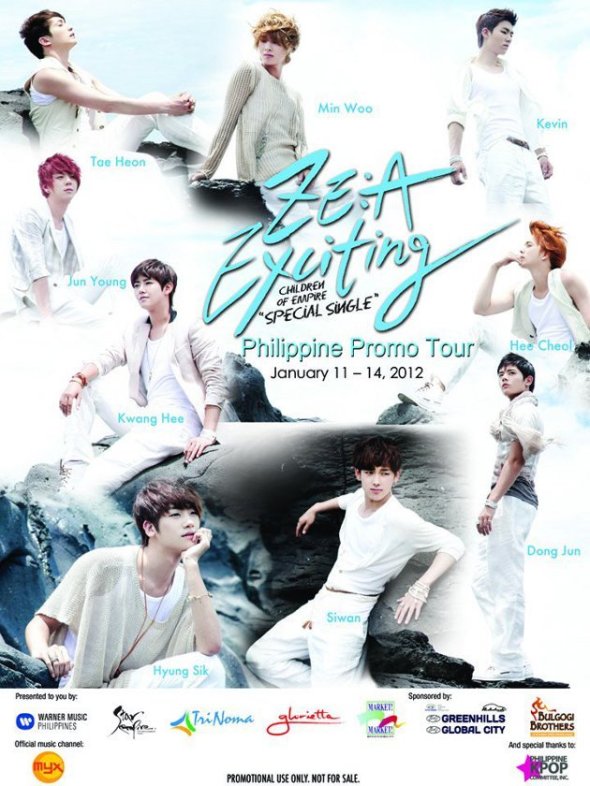